Millions of Indians revelled in joy as Devendra Jhajharia became the first paralympian from India who won two gold medals at the Rio Paralympics, 2016. What is more surprising, he broke his own records and received the honour at the Rio Games. Devendra Jhajharia also won gold for India at the Athens Games in 2004 and topped the men’s F46 event.

With so many world records in his name, he is now an inspiration of millions of athletes out there. But his life story is even more inspiring. At an age of eight, while climbing a tree in Rajasthan’s Churu District, he came in contact with an electric wire. That resulted in seriously damaging and severing of his left arm.

Anyone else in this situation would have succumbed to sadness and depression, but Devendra didn’t give up. He participated in para-athletics in school in 1995 as a javelin thrower and from here his life took a new turn. He was discovered by Coach Ripudaman Singh in 1997 who saw that Devendra had the potential to become a sports person one day. He encouraged Devendra to think of becoming an athlete in future.

“It is a proud moment for me. I am really happy that I have made my country proud. After winning the medal, I kissed the tri-colour. I promised everyone back home that I will repeat in Rio what I did in Athens. And, I did it,” Devendra told in a special interview to News18 from Rio.

He added, “The best part was, I created a record in Athens and won the gold and repeated the same in Rio as well. It seems I am living that moment. I have created history for my country and I am so happy,”
It’s time we acknowledge these Paralympians and encourage them to come forward and make themselves and us proud. 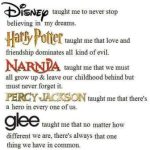 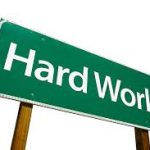