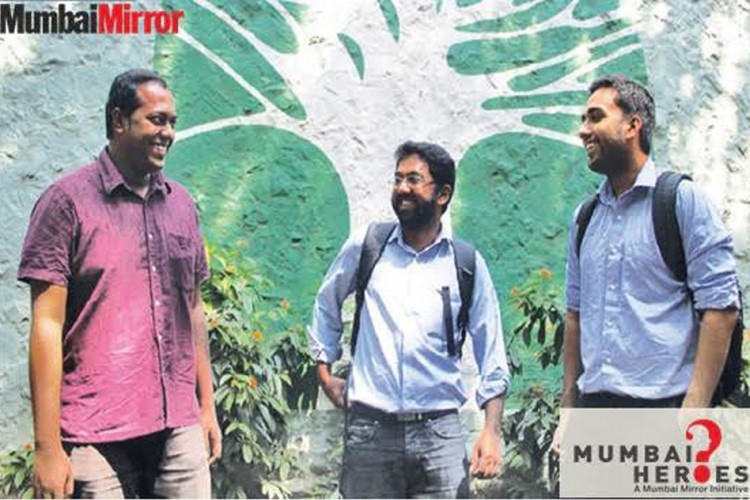 This story is a part of the ongoing Mumbai Heroes initiative by Mumbai Mirror.

Long before the nation answered the clarion call for a Swachh Bharat, three young electrical engineers took a good look at their environment and the decision to save it followed naturally. Debartha Banerjee, Jayanth Nataraju and Ritvik Rao were all new to Mumbai when they met at the Tata Institute of Social Sciences in June 2010. During a social entrepreneurship course, they decided to embark on a project that would later become Sampurn(e)arth.

“The name is derived from the Sanskrit meaning of the words,” explains Debartha Banerjee, one of the three founders. “‘Sampurn’ means complete, while ‘arth’ means ‘purpose’, as also ‘wealth’. Sampurn(e)arth embodies our vision of creating a purposeful venture which benefits both our planet and economy,” he adds.

While working with NGOs that dealt with waste management at TISS, Banerjee, Nataraju and Rao realised that the amount of work yet to be done in the field was nothing short of gargantuan. “Many NGOs worked on waste management, but their impact was too small,” explains Nataraju. “This city produces roughly 10,000 tonnes of waste daily, and the NGOs could only deal with 100-200 tonnes a day. Our goal was to create a scalable model that can collect, process and recycle waste in much larger volumes.” 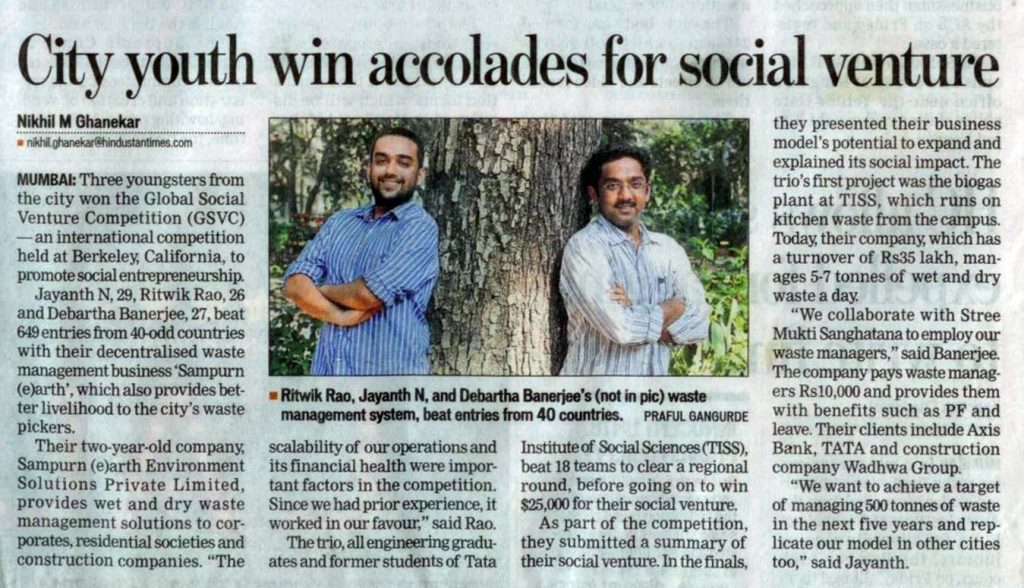 Sampurn(e)arth Environment Solutions, set up in 2012, provides customised waste management solutions, including waste audits, collection, recycling and maintenance. Projected as a zero waste model, it allows clients to not only cut losses through recycled goods, but it also helps clients make a profit with options such as biogas production. Till date, the trio have catered to over 75 clients. These include heavyweight corporates such as Tata Power, Axis Bank, DBS Bank, TCS and L&T, educational institutes, housing complexes and the municipal corporation. They have crafted end-to-end waste management solutions, including the setting up of waste trading centres, biogas plants and composting systems for organic waste.

One of the biggest beneficiaries of this system, they say, is the city itself. “The municipal corporation spends thousands of crores of rupees on waste management,” says Nataraju. “That expenditure can be reduced. Moreover, money can be earned with our system.” Banerjee adds, “In Mumbai, most dumping grounds are next to water bodies, and it is quite likely that a lot of our food and water are polluted. If we test the fish that we eat, it will probably be toxic. So we need to solve this problem.”

However, the environment is not the only beneficiary of their work. The founders explain that they were greatly influenced by the work they did with the NGO Stree Mukti Sangathana, which works with women waste collectors. “A huge number of people, especially women, work in the unorganised sector as waste pickers. Most people almost never interact with them in their daily lives. Our goal was to integrate them into society, by training them to recycle and manage waste. By working with Sampurn(e)arth, they have a better livelihood and aspirations for the future. The unorganised labour force has the potential to be a part of tomorrow’s solutions,” says Banerjee.

However, their journey has not been an easy one. “Our biggest challenge is not awareness, but people’s attitude,” admits Rao. Read the complete story here. 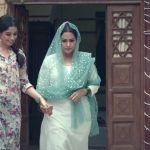