Mourad Laachraoui, the younger brother of Nazim laachraoui who was one of the suicide bombers in Brussels attack, will take part in Olympics 2016 at Rio De Janerio. Mourad, 21 has recently won European taekwondo championship in under-54 kg weight category. He is part of the contingent bound for the games in Rio De Janeiro starting on August 5, where he will compete in the Under-54 kilogram category.

Born into the same family

In contrast to his brother Nazim, 25 was one of the two suicide bombers who blew himself on Brussels airport. “It’s crazy, they were born into the same family, they received the same education and one turns out really well and the other really bad,” said Mourad’s lawyer in court.

He was not radical until…
“You don’t choose your family“, said Mourad in a press conference. He said he was devastated to think that his brother would commit such a crime. In a conference, 2 days after the attack, Mourad said that Nazim was a very smart boy and showed no radical thoughts until he left for Syria and broke contact with his family in 2013.

The Don’t Give Up World Team  wishes  Mr. Mourad for his Olympic debut. 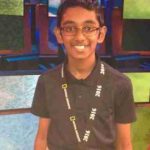 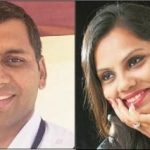