The 2016 Nobel Peace Prize has been awarded to Colombian President Juan Manuel Santos for his efforts to end his country’s lengthy civil war and bring peace to the land, despite the fact that the peace deal was voted down in a referendum less than a week ago.

Santos had signed an agreement with FARC rebels (A Marxist group of rebels) to bring an end to the civil war in the country that has been going for over the last five decades resulting to an estimated 260,000 people dead and millions internally displaced. The Nobel committee strongly encourages Santos and FARC leader Timochenko to respect the accord.

Santos has promised to revive a peace plan even though Colombians, in a referendum on Sunday, narrowly rejected the accord. Many voters considered it was too lenient on the Farc guerrillas.

Santos will be presented the Nobel Peace Prize, worth 8 million Swedish crowns ($930,000) in Oslo on December 10. In a speech given at United Nations General Assembly, Santos said, “Today we have reasons for hope, there is one less war on the planet.”

About Juan Manuel Santos
Mr Santos was appointed as the defence minister under the former president Alvaro Uribe.

A number of key military operations were carried under his administration as a defence minister. The military freed kidnapped politician Ingrid Betancourt and three American citizens held by the Farc. The military also launched a bombing raid in neighbouring Ecuador which resulted in the killing of FARC leader Raul Reyes.

However, he was also caught in a controversy after he authorised the bombing of a FARC camp in Ecuador, in 2008, without informing the neighbouring country. Ecuador had accused Colombia of violating its sovereignty.

In 2009, he resigned from his post of defence minister and ran for presidential election race in 2010. He was elected as the president of Colombia with one of the highest number of votes in the history of the country. Though everyone thought him to be following Uribe’s footsteps, he surprisingly, normalised relations with Venezuelan government led by Hugo Chavez, an adversary of Uribe. Mr Santos took stern action against those of the previous government who used to abuse their power.

In 2012, President Santos confirmed rumours that his government had been holding secret peace negotiations with the FARC in Cuba, hosted by the Communist government in Havana. This led Mr Uribe to become his political rival.

Mr Santos was re-elected as the president of Colombia in 2014. After long-drawn secret negotiations with the Farc rebels, President Santos had announced earlier this year that he would bring “a long-lasting peace” to the country.

However, A majority of the Colombians voted ‘No’ for this referendum.

The Don’t Give UP World Team  congratulates Mr Santos for his diplomacy in bringing the civil war to an end and give peace a chance. 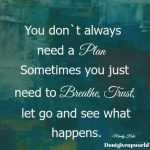 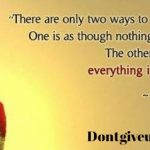