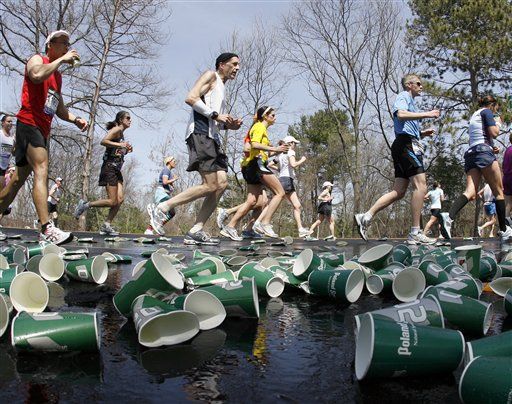 For its oldest runner, the Boston Marathon is no big deal: Clarence Hartley may be 81, but he’s fought in two wars—Korea and Vietnam—and conquered both non-Hodgkin’s lymphoma and prostate cancer. He easily qualified for the race, beating his age and gender’s required time of 5:00 by 21 minutes. Runner’s World takes a look at his story: After having run almost 150 road races since the spry age of 68, the former Distinguished Lieutenant Colonel decided in 2005 it was time to aim for the marathon; he ran it in 4:09, qualifying for Boston. But his two illnesses forced him to put that race off. “I remember lying on an exam table thinking about Lance Armstrong and what he accomplished,” he notes. “I thought if I survived, I’d come back like he did and run Boston.”

Now, he’s more than healthy: “The last time I felt so good was on my final combat mission in the Air Force in 1969.” His goal for this morning’s race? Beat “several thousand younger runners,” he told Runner’s World. So how’d he do?