Child Prodigy Jacob Barnett: His Journey from Autism to Astrophysics by Deepali Pandit

At the age of two he was diagnosed with autism, at the age of fifteen, he was the youngest student admitted in a Master’s program at one of the most eminent scientific institutions in the world. Jacob Barnett was just two years old when the doctors declared that he was not a normal child, he was autistic. They believed he would not be able to learn alphabets or tie shoe laces on his own. Doctors, therapists and even Jacob’s teacher saw reflection of autism in him. But there was someone who didn’t feel the same about Jacob. Jacob’s mother Kristine Barnett saw something which no one else could see in Jacob. She saw a spark in her son which reflected his intelligence. She believed in the spark which she saw. Kristine was not ready to put limitations in her son’s life; she wanted her son to live as free as other children did. She was ready to give Jacob the extra time and attention which made Jacob Barnett what he is today.

“There were times when it would have been easy not to prioritize Jake’s childhood – to stay an extra hour doing Occupational Therapy at the gym or spend a little more time at the therapy table. But if it came down to choosing between extra therapy and blowing dandelion fluff at each other in the back yard, we went with the dandelions every time. I truly believe that decision was a contributing factor in enabling Jake to re-join the world.” – Kristine Barnett

Jacob was put in the state system of educational therapy. Instead of progressing there he got even worse. After some time he stopped responding, like he used to before. This raised Kristine’s concern, and she took a decision which was probably the most difficult decision of her life. She took Jacob out of the educational therapy and started preparing him for kindergarten on her own. She let him explore and supported him in every possible way. There were many difficult situations many challenges, but she didn’t give up. She would rather accept each challenge and fight it with all her potential.

From there began Jacob’s journey to success. Jacob got interested in the field of theoretical physics which helped him come out of his silent world.  Jacob is now known for an IQ which is more than that of Einstein. He has a photographic memory. At the age of nine he worked on an original theory of astrophysics. At the age of eleven he entered college. In 2013 he went to the Perimeter scholars International for a one year Masters Degree program.

“Children with Autism aren’t missing. Instead, they are off making discoveries”, Jacob Barnett.

Following ones instinct requires a lot of courage, especially in difficult circumstances like these. Overcoming such obstacles was not easy but through hard work and determination Jacob and Kristine proved that one can achieve unimaginable results. 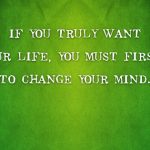 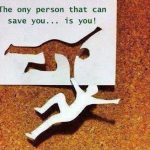