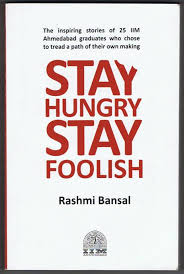 Where there is a will, they say, there is a way. And way it would be, thought little Ahmad, who had made up his mind to start his own company. A company of dreams, a company that would further nourish many more dreams- the dream of owning a job. The company was set up, and soon became the number one job searching company in the country. Little Ahmad had gone big and the dream even bigger. But who will occupy the jobs that were there? Not easy to answer when the country’s childhood is lacking the most basic infrastructure to capacitate them to rub the shoulders with the who’s who of this world. Ahmad got onto the task, set up schools, set up a company that got the education and infrastructure right into those schools, and the IT bug bit the teenage mind. Soon the kids were geeks and Ahmad was happy. But healthy minds live in healthy bodies, and our Ahmad once again had a task up his sleeves. Another dream, another company; a chain of groceries that began a household name was born. Ahmad was happy; but also tired. He needed a break, and gosh, there was no holiday package available. So next was a dream that made dreaming a reality, travelling a fun and relaxation a necessity. But by now the appetite of Ahmad was insatiable, and the diet was necessary. So, the next in line was a pharma and a diet food company. Ahmad was satiated and the stage was set. All he wanted to do now was to distribute what he had. And thus was born a foundation, where he shared his bit and got others to share their bits too. The cycle was complete and so was the story. The moral: Big dreams are possible only when you strive, the moment of success comes from the power of small dreams, and the power of sticking with them. And mind it never, ever giving up.

But the story is not complete. The climax is still left. So, read on. Consider naukri.com, a dream which its conjurer himself nurtured by giving up a lucrative job and six years of salary and incentives; and which would never have been a reality had the will to give it all went  lacking. Or the case of setting up computer labs in classes with the vision of e- learning, born with a company which we know today as Educomp. Or Subhiksha– the largest grocery chain that set up a precedent in organized and hassle free retail. The God of dreams had cast his spell; and the youth of the nation wrote the Great Indian Success Story, unimaginable and yet so true. And many more are still there. The case of makemytrip.com or the medicines out of Orchid Pharmaceuticals or a small venture like Calorie Care bolster the fact that all it take sto start is a dream, and what follows is a journey more gratifying than the destination itself. Lastly, the power of making it big is a great feeling, but the power of giving it away is greater. The existence of Giveindia– a foundation that facilitates charity in India for noble causes- suggests that those who believe in the power of their dreams believe in the dreams of others too, and more importantly giving those dreams in the first place. There are many such stories but the article is too small to cover the stature of their dreams.

And before this article gets over, I hope our little Ahmad is not forgotten. Our Ahmad is none other than the dream itself- IIM Ahmadabad, along with its Centre for Innovation, Incubation and Entrepreneurship at the college premises. And telling this lovely tale of dreams is yet another tell tale- author Rashmi Bansal , an IIM A alumnus. So, for all those who believe in the power of their dreams and for all those who are or aspire to be there, check out this lovely piece of work called- “Stay Hungry, Stay Foolish”.