Harish Nanjappa, 24, was riding his motorcycle back into Bengaluru last week after a brief visit to his village when he was hit by a truck with such force that his body was split into two. According to theBangalore Mirror, Harish had pleaded for help for more than 20 minutes while the passersby had just been busy taking photographs of him.

A Beautiful Mind In The Time of Crisis
An ambulance arrived eventually, but Mr Harish Nanjappa, who worked in Bengaluru’s famous Whitefield suburb, died en route to a hospital. On route to a hospital, Harish had requested to harvest whatever organs they could. Doctors said that because Mr Nanjappa was wearing a helmet, his eyes were not damaged and have been harvested. Doctors are still amazed how Harish could think so calmly about donating his organs even while he was certain about his imminent death.
The truck driver has been arrested, according to local media.
The Don’t Give Up World thoughts and prayers go out to Mr. Harish and his family at this time of immense grief and sorrow. We request the government to establish emergency health services along the highway’s and another arterial road. We also request the citizens to help each other no matter what. Quick attention to Harish could have saved his life as he was alive for more than 30 minutes after the incident. We cannot afford to lose young men and women due to lack of attention and hence let’s take a pledge to drive safely for the sake of our country and for the sake of our dear ones. 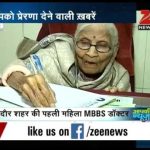 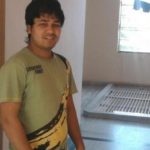