G.Balakrishna, a 25-year-old water tanker driver, has been crowned as Mr Asia 2016 at the recent 5th Phil-Asia bodybuilding championship in the Philippines. Mr Balkrishna had bagged Mr Universe in Under-24 junior contest in 2013 and Mr Universe held in Athens, Greece in 2014.

He lives in Ramagondanahalli, near Varthur in Bangalore, Karnataka. He is known as “Arnold Schwarzenegger of Whitefield”. He practices for nearly 6 hours a day at home and maintains his diet every day which includes 750 g of chicken, 25 eggs, 300 g of rice, 200g of vegetables, some fish for extra protein and fruits. He weighs around 120 kgs, but during the competitions, he reduces around 30kgs.

He has been trained by Sangram Chougla from Mumbai and Munish Kumar from Punjab, who themselves are champions. “I am proud of my achievement and hope to repeat it more often with some financial support. I owe it to my mother, Parvathamma, and brother Rajesh who have been my pillars of support,” says Balakrishna, as reported by The Hindu.

Mr Balkrishna lost his dad when he was very young. The responsibility of earning living bread was solely on him. It was a long, arduous journey for him. He started working as a gym instructor and then went on to open the water tanker business in 2010 to regulate funds, so that he could participate in the international contest.

He has been getting financial support from Koshy Varghese who is a businessman, and initially, he was helped by the Whitefield Settlers and Residents Association to raise funds for his international participation. “Despite winning the championship, my worry will always be of funds. With no government support, I still struggle to participate in bodybuilding championships outside the country,” he said, as reported by The Hindu.

The Don’t Give Up World  congratulates Mr G.Balakrishna and wishes him victory in his future endeavours. 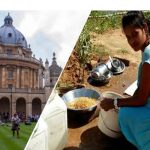