inspires everyone  at  Britain’s Got  Talent

After the death of her husband, 80-year-old Paddy decided to embark on a new journey: salsa dancing. This clip of her stunning a skeptical crowd on Britain’s Got Talent blew us away. Proof that it’s never too late to follow your dreams! (Watch to the very end–it’s worth it.)

In Saturday night (April 12) show of “Britain’s Got Talent” Paddy Jones, 80, and her 40 years younger dance partner, Nico amazed the judges and the audiences in an unexpected salsa rendition. Judge Amanda Holden even pressed her golden buzzer to send the duo directly to the semi-finals.

Paddy and Nico’s performance did not start quite well with Simon Cowell pressing the buzzer too early. Paddy even was distracted upon hearing the “X” sound, but continued on her dancing. As the salsa steps gets complicated, followed up with acrobatic sequences, the judges were shocked and cannot believe that an 80-year old grandmother defied the limits of her old age and did a performance that some younger ladies would not dare to do.

Paddy and Nico’s performance in “Britain’s Got Talent” is not only jaw-dropping, it is also awe-inspiring that despite her age, Paddy did not consider it a hindrance to chase her dreams and do what she loves the most–dancing. As the judges interview the duo after their breath-taking salsa, Simon apologized to Paddy and Nico knowing that pressing the buzzer for the two had been a mistake. 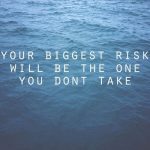 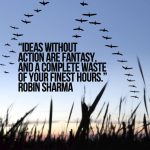