The man, who gave us the message of never committing suicide in his last movie Chichhore, had himself chosen the same path and left his fans awestruck and devastated. Bollywood and the whole country is absolutely shocked and stunned on learning about the demise of Sushant Singh Rajput.

Sushant Singh Rajput, the Bollywood superstar, was an all-rounder and had excelled in all spheres. He was a great actor, a dancer, an entrepreneur and a philanthropist; and also had a passion for Astronomy.

Sushant Singh Rajput, 34 year Bollywood actor, who soaked himself in every role he performed in his life had an amazing universe of thoughts flowing through his mind.

Here is the collection of words, quotes and life lessons that Sushant Singh Rajput believed which has inspired never-ending trail of individuals. 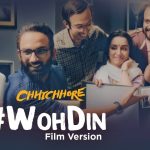 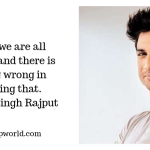