Trisha Shetty, 25, is the founder and CEO of SheSays, a platform she launched last year to educate, rehabilitate and empower women to take direct action against sexual assault in India.

Ankit Kawatra, 24, founded Feeding India in 2014 to address the issues of hunger and food waste, particularly by distributing excess food from weddings and parties to the needy.

Indian-American Karan Jerath, 19, invented a ground- breaking, sub-sea wellhead capping device that contains oil spills at the source, as a solution to the ecological damage done by oil spills, in the aftermath of the British Petroleum deep-water horizon oil spill – the largest marine oil spill in US history, near his home in Texas.

Here are the inspiring stories of these young leaders who are already transforming their communities through their work: 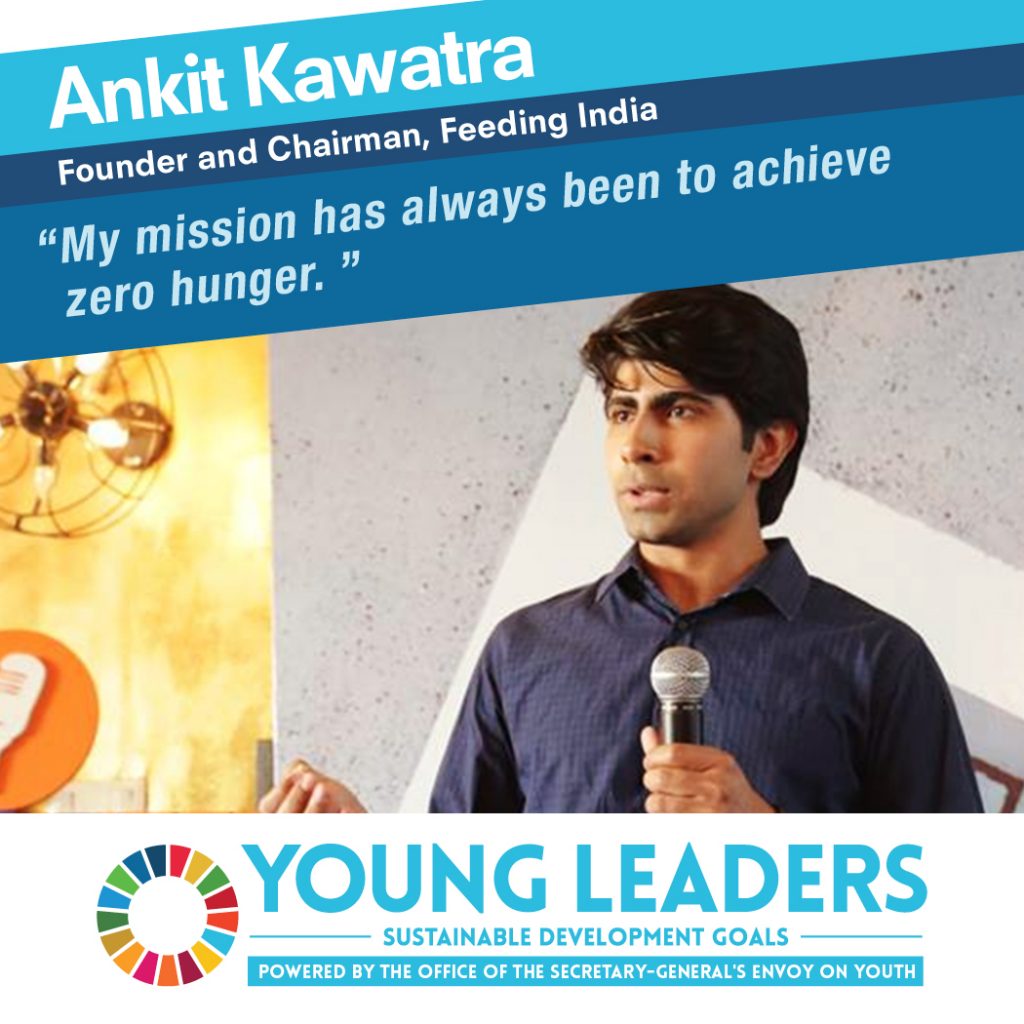 Meet Ankit Kawatra, the founder of Feeding India who has been selected by the United Nations as a Young Leader to advocate the Sustainable Development Goals. He is one of the 17 people who were selected from 18,000 nominations across 186 countries.

Belonging to an affluent business family, 23-year-old Ankit Kawatra has been to several big fat Indian weddings. It was one such star-studded occasion that turned out to be a moment of harsh truth for Ankit. Explaining what happened, Ankit sais:

“There was a lot of food, from a staggering 37 cuisines for the 10000 guests at the wedding! I wondered what would happen to so much food, so I decided to stay back at this particular wedding and saw that heaps of leftover food were sent straight to the bin. It could have fed 5000 people just that night.” 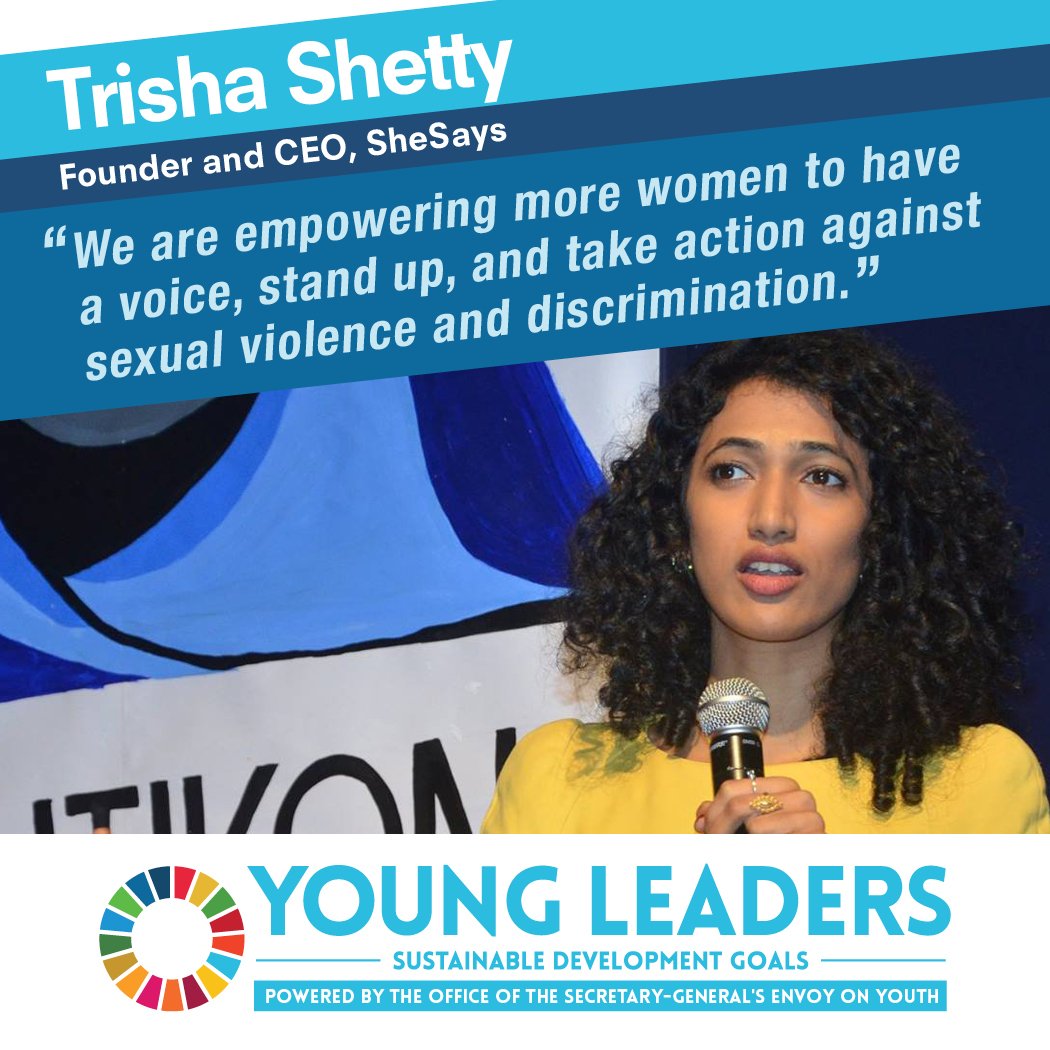 According to Trisha, when she googled what she could do if she ever faced any kind of sexual abuse, all she could find were news articles about rape cases in India or links to NGOs and their contact information. This inspired her to start SheSays.

“As a victim of sexual abuse, unfortunately with the way our societal fabric is, it’s hard to even pick up the phone and reach out for help. Complete lack of information, and perhaps the notion that the process to file a complaint is arduous and uncooperative, works as a huge deterrent for people to speak up and address the issue. Which is why my co-founder Neha and I launched the portal, to provide a holistic approach to address sexual abuse,” said Trisha, in an interview to DNA newspaper.

Trisha says that support has been unexpectedly positive for SheSays since it inception. Irrespective of gender or institution, everyone understands the need for such a portal. However, she knows that even though a lot of progress and dialogue have taken place, there is still a lot more that needs to be done to educate, rehabilitate and empower women to take direct action against sexual violence in India. 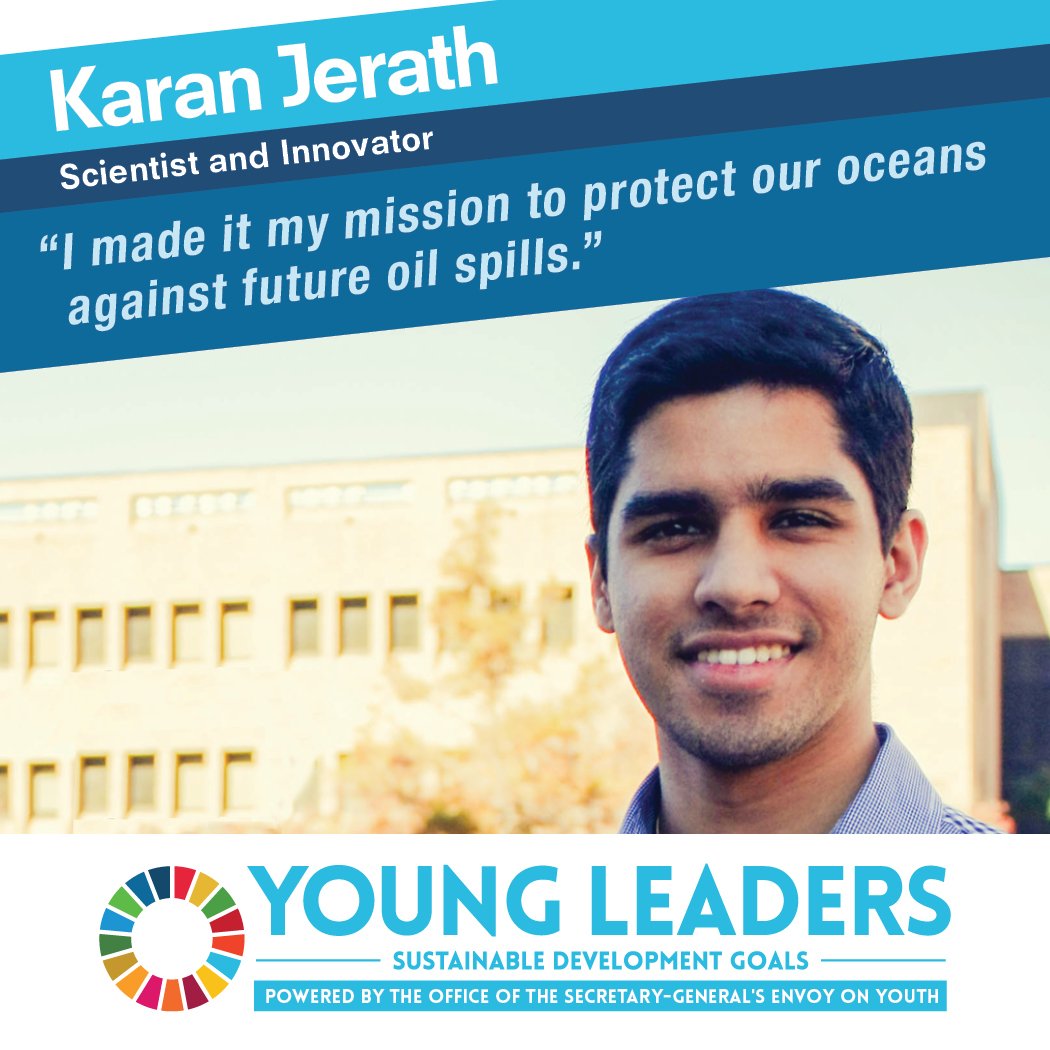 An 18-year-old Indian American boy won the prestigious Intel Foundation Young Scientist Award (ISEF) for designing a device that shuts down undersea spills. Karan Jerath had designed a sturdy device that could measure the temperature, pressure and density of the mixture of gases and fluids spewing from a broken well on the sea floor before collecting them, thus preventing an ecological catastrophe. The innovative device would also reduce clean up costs.

Karan Jerath was born in Mumbai, India, but moved to Malaysia where the family lived  for 11 years, before immigrating to the US. Back in 2010, Karan was in Texas when the British Petroleum oil spill in the Gulf of Mexico made headlines. A science buff, the 13-year-old boy followed the coverage of the explosion, the sinking of the Deepwater Horizon oil rig, and how it malfunctioned.

“The fact that it happened in my backyard woke me up to the true nature of the environmental damage this was wreaking. I had to do something about it,” says Karan.

Encouraged by his high school science teacher at Friendswood in Texas, Karan spent 800 hours (working 9-10 hours a day) designing and experimenting till he finally succeeded. In 2015, Karan presented his wellhead containment device at the Intel International Science and Engineering Fair. Hailed as a veritable visionary, he was awarded one of the Young Scientist awards along with prize money of $50,000.

The young scientist has some advice for other budding innovators. He says:

“It doesn’t really matter how old you are or what your project is. Keep working at it. As long as you allow it to become a reality, the world will sit up and notice it. Just never give up.” 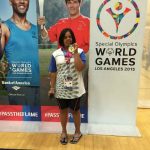 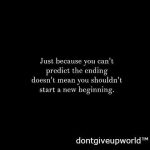