Dreams do come true if you are willing to walk the extra mile for that. The same thing is happening for 16-year-old Asha Gond, a tribal girl from Panna district of Madhya Pradesh, who is soon setting off for the UK to study the English language in an Oxford school.

As soon as her passport formalities are done, she will be able to fly to the UK.

The girl hailing from Janwaar village was recently introduced to English language and very soon she developed a passion for the language. She received thorough guidance from a German woman named Ulrike Reinhard, who has created a skatepark in Janwaar and trains tribal children in skating and English language.

In an interview given to Hindustan Times, Reinhard told, “Asha, who has just finished her class 10 from Manohar Kanya High School in Janwaar, did very well in the English course during our summer camp in June last year. So I promised her to take her to the UK to learn English. Initially, her parents Dharmraj and Kamala Gond were reluctant in allowing her to go abroad and it took me eight months to convince them to let her go. I went to their house many times. I spoke with her mother Kamala while she was working in the fields in the scorching heat. Asha’s family is entirely dependent upon farming. These villagers are very simple and usually, marry off their daughters once they attain the age of 18 years. They don’t understand the significance of studying English language and that too abroad.”

Ulrike tried her best to persuade Asha’s parents and to convince them she brought Lokendra Pratap Singh, the local MLA and Asha’s teacher Awadh Bihari. Her parents were convinced only after everyone explained to them that their daughter will be safe and will learn a lot.

Asha was always determined to make the most of this opportunity given to her. She hopes to teach other children after she comes back from the UK. Her parents are also convinced and they won’t marry her off when she comes back. She will probably work as a translator at Janwaar Castle. 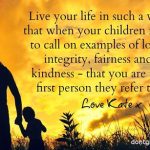 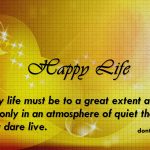