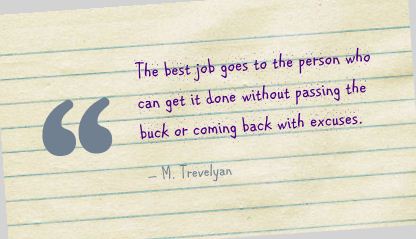 Sometimes all it takes is one sentence;

It can take one simple sentence to help people change the way they think.

A small piece of inspiring information can make others look at something in a completely different light. Whether it be about success, happiness or something else entirely, words have significant impact!

With that in mind…

I’ve put together this article that contains 10 sentences, of which it may only take one to change your life today:

1. “Everybody is given the same number of hours every day to accomplish what they want to accomplish, and that’s 24… no more, no less.”

We’re all given the same number of hours to use how we please in any given day. That means Bill Gates, Warren Buffett, Richard Branson… they all have the same amount of time every day, as we do.

So really, if they can do it, we can.

2. “Some of the most successful people in the world have been rejected hundreds of times before finally reaching success.”

What do J K Rowling, Colonel Sanders and Tim Ferris have in common?

They were rejected, multiple times. In fact, so many times that if you weren’t obsessed with it you would probably have lost count, or just stopped trying.

Their books were rejected by more than 20 publishers, and Colonel Sanders’ KFC recipe was rejected over 100 times before making him a lot of money.

The point of this? No matter how much rejection you suffer, there’s still always hope. Don’t forget that.

The old Pareto principle; where 20% of your efforts can equal 80% of the results. This principle also works for other areas and aspects of your life.

Once you realize this, you’re able to identify the 20%, solve those issues, and remove them from your life.

This is something I’ve been applying to many areas of my life recently. Whether it’s productivity, happiness, goals or something else.

4. “It’s possible for you to be earning half the amount of money somebody else is earning, and still live a better & happier life.”

It’s never about how much you earn, it’s about what you do with the money you earn, as well as how you’re earning it.

Someone could be slaving away working 80 hours a week at a job they hate, earning 6 figures, but spending that money on material things they never even have the time to use.

Whereas somebody else could be travelling the world doing what they love, earning just enough to keep them tiding over. They’re only hours 30 hours a week, and they’re so much happier.

People always wonder why there aren’t any opportunities for them out there. It’s because you’re not asking for them! You’re not knocking on the door!

Even with small things; like getting a discount on something you buy, or asking someone out on a date, or getting an extra egg for breakfast at a B&B.

It’s all through friendly smiles, conversations and asking the question.

This can be applied to anything in life…

The sole thing to remember is that you shouldn’t wait for things to come to you. You should be the one going out and asking for them.

6. “Big things have small beginnings, so don’t be put off by starting out small.”

Apple, Google, Amazon, Dell and many other billion dollar companies were started in garages/bedrooms.

If that doesn’t inspire you, I don’t know what will. All those companies started off small, and look how much they’ve grown over the years.

Don’t be put off by the fact that you might be starting a business, or any other skill at the bottom of the barrel. Big things always start from small beginnings.

7. “You don’t laugh at the same joke repeatedly, so why do you cry over the same problems repeatedly?”

The person I heard this from had a point;

The first time we hear a joke, it’s hysterical. The second time, it’s funny. The third, you probably won’t laugh.

However, when it comes to a problem we have, we get upset over it repeatedly. The same problem…

We need to learn to worry less, and not waste the precious time we have crying over our problems.

8. “There won’t always be a tomorrow; so, it’s safe to say that if you’re putting off something until tomorrow, it won’t get done.”

You know what, you can’t say for definite that you’ll be waking up to another day tomorrow. It’s a sad reality, that one day you can be here, and the next you’re not.

The excuse of “I’ll do it tomorrow, just won’t fly.”

Honestly, you can’t be sure of having a tomorrow to wake up to.

9. “Many people often hit rock bottom at some point and still become successful.”

Without sounding like a douche, there are people out there who’ve grown up in rough neighbourhoods, poor families, 3rd world countries, bad circumstances, and they’ve gone on to eventually make a success of themselves.

If people around the world who come from situations like the above can achieve BIG things, then why can’t you?

Just read up on some of your role models backstories, and what their life was like when they were growing up.

10. “The most valuable thing you will ever have in life is time; and it’s always running out, so use it wisely.”

Time is the most valuable asset you have in life.

Yet, most people don’t treat time like it’s that valuable. They care more about the other things I mentioned above more so.

You can always earn more money, or find a new career, or buy new things, but you can’t buy more time. It’s not possible.

The way you spend your time should be the most important thing to you. Don’t spend a second of it worrying, complaining or being unhappy.

You quite literally don’t have the time for that.

Do you have any sentences of your own that you say to yourself whenever life gets tough? Leave a comment below. Introspective Wallpaper On Mess To Growth By Kritika Sehgal

Last Call for Entries : Don’t Give Up : An Anthology of Inspirational Stories & Poems by Pulmis

LYRICS FOR ON MY WAY BY ALAN WALKER

On My Way Lyrics I'm sorry but Don't wanna talk, I need a moment before …