It so happens that we often tend to focus on the wrong things in life. We fixate on the negative, on our failures, misfortunes and on what’s going wrong instead of right. If you’re having a rough day, a rough week or are overall feeling demotivated, this list will definitely lighten you up and make you rethink the important things in life. It’ll give you a new perspective on how to move forward.

“You learn more from failure than from Success. Don’t let it stop you. Failure builds character.” ~ Unknown 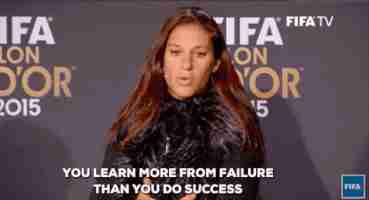 We are all so scared of failure but it doesn’t matter if you fail or succeed, what really matters is if you pull yourself back up. Failure is the stepping stone to success and you’re only doomed if you fail to try again.

“People who are crazy enough to think they can change the world, are the ones who do.” ~ Rob Siltanen

We are all victims of our own minds. You must’ve heard of the saying ‘whether you think you can or you think you can’t, you’re usually right!’ Getting something done, no matter how big or small is only a matter of will.

“Imagine your life is perfect in every respect; what would it look like?” ~ Brian Tracy

Perfect is boring. Your flaws and the problems you face in your daily life are what make your life interesting. When overcoming hurdles becomes a challenge rather than a task, your whole outlook on life will change.

“Security is mostly a superstition. Life is either a daring adventure or nothing.” ~ Helen Keller

We are all in search for a stable life. We want to have security in terms of money and have a roof over our heads and while these are necessities, they shouldn’t be our ultimate life goal. Life is meant to be lived and when you reach your death bed, you should feel like you’ve made perfect use of your time on this planet and dared to do everything you wanted to, from travelling and adventure to building a happy home.

“Fake it until you make it! Act as if you had all the confidence you require until it becomes your reality.” ~ Brian Tracy

Don’t be intimidated when facing life challenges because life doesn’t throw anything at you that you can’t handle. If you want to get somewhere, act and dress like you’re already there. Sell yourself and push yourself harder till your dreams turn into realities.

“Life is a series of collisions with the future; it is not the sum of what we have been, but what we yearn to be.” ~ Jose Ortega

If you can dream it, you can do it. Sounds cliché I know but imagine this – the only person, the only thing stopping you from becoming who you want to be is yourself! Stop waiting for some fairy God mother to wave her magic wand and make things happen for you! What has happened in the past cannot be changed but don’t let it affect your future!

“When I hear somebody sigh, ‘Life is hard,’ I am always tempted to ask, ‘Compared to what?'” ~ Sydney J. Harris

This one is quite hilarious actually. People often tend to compare their lives to other people’s but what they tend to forget is that the grass on the other side is always greener. You don’t know their life story, you don’t know what they’ve been through and you don’t know what you’re in for when you decide to trade your life with them.

“A ship is safe in harbour, but that’s not what ships are for.” ~ William GT Shedd

If we only just do the bare minimum required of us, we will get back the bare minimum. A ship exists to ply the seas, to split the waves, to brave the weather and go to distant ports. Whether to trade goods, impress the locals, or bring the wrath of a nation, ships exist to go places. You were meant to be different, to be special. You too were meant to brave storms and overcome hurricanes because you are different than the rest.

“The fool didn’t know it was possible, so he did it.” ~ Unknown

When people tell you “It can’t be done”, what they really mean is that they can’t do it. So stop asking people for their opinions and if you have a dream that everyone thinks is unachievable go for it anyway, because only you know what you’re capable of doing.

“I wanted a perfect ending. Now I’ve learned, the hard way, that some poems don’t rhyme, and some stories don’t have a clear beginning, middle, and end. Life is about not knowing, having to change, taking the moment and making the best of it, without knowing what’s going to happen next. Delicious Ambiguity.” ~ Gilda Radner

The above quote just says it all. 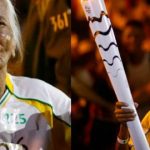 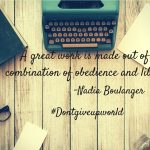